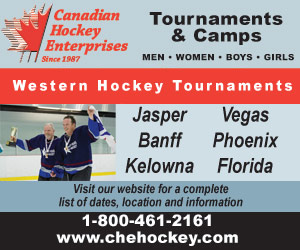 Just a reminder of how we have to deal with the All Cal Playoffs since each game is required to have a winner.

- should a game be tied with 10 minutes left on the PERMIT time the clock will be dropped to TWO minutes.  If a team scores during this two minutes the result will stand.  If the game is still tied after the two minutes the game will go into a shootout. The full two minutes is to be played.

- each team is to supply 5 shooters.  Lower seed (higher ranked in standings) is to indicate whether they wish to shoot first or second.

- if after 5 shooters game is still tied then one shooter from each side will go until a winner is determined.

- teams must go through all players (except goalies) before a player has the opportunity to shoot again.

- players that were serving a minor penalty upon completion of the game are ineligible.

- players that were serving majors or game misconducts are not eligible to participate in the shootout.

NOTE: Players who are serving suspensions are not eligible to play. Team Reps should contact league management if they require confirmation.

Scorekeepers are to make note of which players have shot during the shootout and if a goal was scored or not.

Please try to get shooters in order quickly to possibly avoid being run off the ice by the zamboni.

If the shootout cannot be completed because the rink attendants had to clear the ice for the next game then the shootout will be determined by a flip of the coin between team reps from each team.

Scorekeepers are being e-mailed this.  Team reps and scorekeepers should print this out and bring it to the rink with them and show this to the refs prior to the game so that they are aware of how to handle the game.

·      Team Reps are to supply all the photo IDs to the scorekeeper prior to the start of the game with the other Team Rep present.

·      Team Reps are to legibly sign the scoresheet to confirm that the scorekeeper was provided with the photo IDs.

·      If a player is not able to produce a photo ID PRIOR to the start of the game he will NOT be eligible to play. NO EXCUSES OR EXCEPTIONS.

·      Should one team question the validity of a player the scorekeeper and referee will make the decision as to whether this photo ID is of the player.

·      No questioning the validity of a player after photo IDs have been returned.

·      Scorekeepers will return the photo IDs at the end of the game.